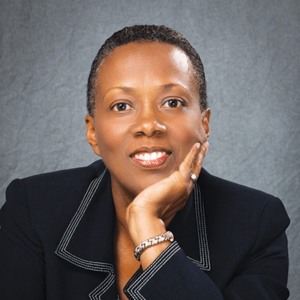 Pastor Billingy is a native of Trinidad, West Indies, and the youngest of eight children born to Gladys and Lenny Langford. She earned a B.A. degree in psychology from Columbia Union Union (now Washington Adventist University), and an M.A. degree in Education from Howard University.

After answering her call to ministry, she returned to CUC to complete a B.A. degree in Religion. Upon graduation, she was hired by the Allegheny East Conference as the associate pastor of the Metropolitan SDA Church in Hyattsville, Maryland. Pastor Billingy later served as the senior pastor of the Bladensburg SDA Church for four years before returning to Metropolitan SDA Church as the senior pastor for seven years. In 2010, she had the honor of preaching at the General Conference Session. Ministry assignments have included the United States, Africa, Australia, New Zealand, Canada, Trinidad, St. Croix, Jamaica, Turks and Caicos, and Bermuda. In 2015, she retired in order to serve the wider mission field in the North American Division.

As ministry partners, Brenda and her husband, Edsel, have been intentional in teaching successful principles of financial management. They are blessed with two wonderful daughters, Rhonda and Shana—the pride and joy of their lives.